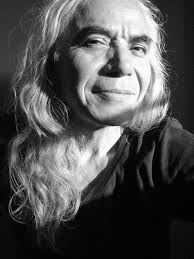 Born in Valparaiso, Chile, in 1952. Lives in Paris. He is one of the major Latino-American artists of his gen­er­a­tion, sup­ported by Roberto Matta who con­sid­ered him as a spir­i­tual son. He reached France at the end of the 1970s, expelled by Pinochet. His oeuvre is rich in sur­re­alist magic and sen­su­alist visions. It easily found its place on the French artistic scene of the 1980s. He founded the group ‘Magie-Image’ in 1982, com­prising of the artists Cogollo, Aresti, Kaminer, Zarate and Cuevas. This group’s aim was to rebel against European formal art and to develop what Wifredo Lam and Roberto Matta had started. Mario Murua’s artistic world lies within a mys­tical ambiance. It is inhab­ited by fan­tastic crea­tures and by sym­bols drawn from archaic South-American cul­tures, cre­ating a world that dreams of a pri­mary humanity and an untouched, mag­ical beauty.