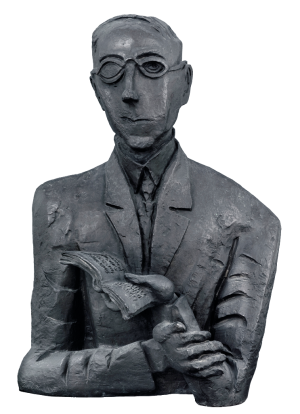 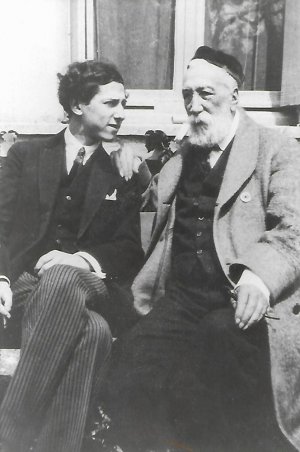 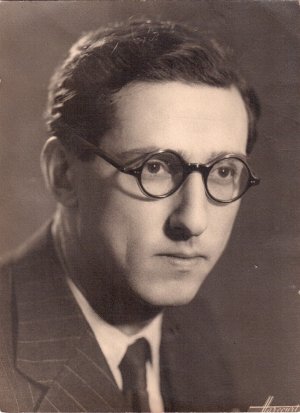 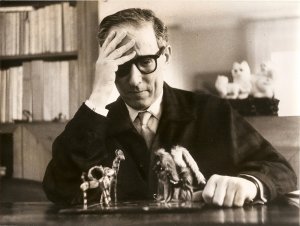 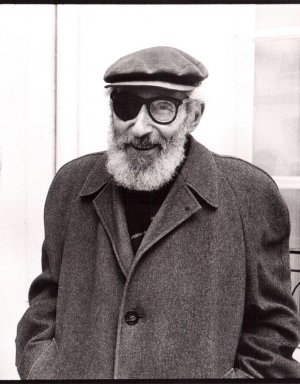 Three aviaries for a Bird-Who-Doesn’t-Exist. Interview. Translated from French by Valérie Hess.

Tom Laurent: The Museum of the Institute of the Arab World is showing part of the col­lec­tion that you have put together with your wife, France Lemand, around the poem Portrait de l’Oiseau-Qui-N’Existe-Pas by Claude Aveline, and which is part of your recent Donation. Can you go back to the gen­esis of this writing and remind us who was Claude Aveline?

Claude Aveline was a pro­lific writer and the peak of his glory and of great lit­erary cre­ativity cul­mi­nated from 1933 to 1944 and from 1945 to 1968. Using a beau­tiful clas­sical lan­guage, he wrote novels, essays, five detec­tive novels, 2 vol­umes of short sto­ries, chil­dren’s books, poems,… It is inter­esting to com­pare L’Étranger by Camus (1942) with Le Prisonnier by Aveline (1936).

Claude Aveline was a leading figure for the Parisian cul­tural scene of the 1930s. From 1933 onwards, he sup­ported the working classes and was a writer with ties to the Front Populaire, like many French intel­lec­tuals of his gen­er­a­tion. He cam­paigned against the Fascist regimes in Europe and for the Republican Spain. He was also a com­mitted resis­tant, first amongst the intel­lec­tuals from the net­work of the Musée de l’Homme, then in the resis­tance’s under­ground move­ment in Lyons and its sur­round­ings. In 1944, he pub­lished with Éditions de Minuit Le Temps mort, an admirable and poignant novel. Twenty-five years later, he pub­lished Monologue pour un dis­paru, a poem full of revolt, written in memory of his friend Jacques Lion, who was arrested by the Gestapo and who died in depor­ta­tion.

T.L.: You have been a pre­scriber of sev­eral artistic cre­ations that are directly related to this poem. What does the Portrait de l’Oiseau-Qui-N’Existe-Pas rep­re­sent for you?

C.L.: Claude Aveline was a fan­tastic story-teller. He loved speaking in public and reading his texts to his friends and rel­a­tives, to the radio or to a large audi­ence. The poem has a didactic dimen­sion (when he lists all the phys­ical fea­tures of birds: wings, beak, legs and feet, feathers…), a playful dimen­sion, a psy­cho­log­ical and philo­soph­ical dimen­sion. As for the verses at the end, “No one is ever happy / And how do you think the world can be well in these con­di­tions?”, it appears that the poet chose an enig­matic ending that throws the reader into an end­less reflec­tion and into a dream. It seems to me that this poem car­ries a sym­bolic inter­pre­ta­tion of all its com­po­nents without any tricks. Just like the Albatros by Baudelaire, it also reflects in a sim­pler way the poet’s way of life and that of the artist who fully immerses him­self in the uni­verse he cre­ated and who is chal­lenged in real life. Art is a means to sub­li­mate the real world and make it bear­able.

Claude Aveline him­self was sur­prised and happy by the spec­tac­ular fate of his little multi-lay­ered poem, “from the playful to the aes­thetic side, from the tragic to the enter­taining aspect”. Some artists rep­re­sented it as a simple bird with its dis­tinc­tive phys­ical fea­tures. Others found in it a fan­tasy and a game. Many read it like an invi­ta­tion to seek and find the bird that lies dor­mant within each of us. Incidentally, the sen­tence “he would like to be afraid of death one day”, clearly refers to the bird as being a symbol for humanity. Written in 1950, Portrait de l’Oiseau-Qui-N’Existe-Pas, is also a poem of its time, the years of Occupation, of resis­tance and of exter­mi­na­tion: mil­lions of birds flew away to the death camps. This idea haunted the writer’s thoughts, whether it be in his life or in his numerous post-war texts. It later sur­faced again as a cry of revolt and of horror in his mem­o­rable Monologue pour un dis­paru.

T.L.: As well as a col­lector, you also have your gallery in Paris through which you rep­re­sent sev­eral artists, some who par­tic­i­pated in the cre­ation of the col­lec­tion show­cased in Issoudun. How do you rec­on­cile these two activ­i­ties, col­lecting versus selling art­works?

C.L.: The Parisian art dealer and the great art col­lector Heinz Berggruen used to say, “I am my best client”. Since 1988 and as the years go by, I took the habit of not only pur­chasing art­works from almost of the exhi­bi­tions in which the gallery’s artists took part, but also of orga­nizing inter­na­tional the­matic exhi­bi­tions (Masters of the Tondo, Contemporary Artist’s Books, Pieces for a Museum, Portrait of the Bird…) where these artists could show­case their works (paint­ings, sculp­tures, draw­ings, artists’ books) side by side to world-famous names and create new ones.

It brings me so much sat­is­fac­tion to see an excep­tional and suc­cessful art­work that I trig­gered: that is the proof that my intu­ition was right when I thought that par­tic­ular theme cor­re­sponded well to that par­tic­ular artist. There is a lot of dis­cus­sion on the new art dealers-pro­ducers: for the past twenty-five years I have been pro­ducing the edi­tions of all my artists, without broad­casting it and without ever asking any form of spon­sor­ship or sub­sidy. Being an art dealer-pro­ducer does not pro­duce any finan­cial wealth yet it brings such joy to live amidst a wide range of art­works that I like.

T.L.: Looking at the artists you encour­aged to work with this poem, the inter­na­tional dimen­sion in your choices can be detected. What are the cri­teria of your selec­tion? Was it a way of “checking” the uni­versal char­acter of Claude Aveline’s text, with regards to the very dif­ferent ori­gins of the selected artists?

C.L.: My pas­sion for painting, sculp­ture and artists’ books had driven me to abandon every­thing in June 1988 in order to create a gallery and to build a col­lec­tion, being glob­ally open-minded towards artists who came from dif­ferent geo­graphic, cul­tural and aes­thetic hori­zons and who had chosen Paris, tem­porarily or per­ma­nently, as the cap­ital of their life, of their cre­ation and of their inter­na­tional outreach. Since 1995, my wife, Claude Aveline’s grand­daughter, and I con­tinued what he had under­taken. We invited around twenty artists to seek inspi­ra­tion in the poem (in French or in one of the 55 trans­la­tions) to create not one but sev­eral works using all media pos­sible.

Museum cura­tors and direc­tors of art cen­ters inter­ested in our col­lec­tion greatly appre­ci­ated its inter­na­tional dimen­sion (20 artists from 11 coun­tries and 4 con­ti­nents) and the mul­tiple mediums of the works. The whole col­lec­tion is rich and har­mo­nious. Visitors are invited to dis­cover, reflect, enjoy and give free rein to their own cre­ativity, to con­tinue the saga launched in 1950 by Claude Aveline. ___

Here is the pic­ture of the Non-Existent-Bird. Not its fault if the Good Lord who made every thing omitted to create it. It has a look of other birds, for non-exis­tent crea­tures bear some resem­blance to those that exist. But they haven’t a name. Which is why this bird is called the Non-Existent-Bird. And why it is sad. Perhaps sleeping or waiting for the moment of exis­tence. Wondering what sort of beak or wings it will have, will it be able to dive under water, as actual birds do, without spoiling its colours ? It would like to hear itself sing. It would like to be afraid of death. It would like to have very ugly, very much alive baby-birds. So the dream of a non-exis­tent-bird is to stop being a dream. No one is ever sat­is­fied. And that being the case, how can all go well with the world?